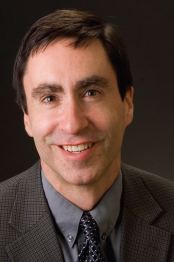 Coming up in late July / early August 2012 is a series of four free public lectures in Wellington by Professor William T. Cavanaugh. The series is titled Migrations of the Holy: Challenging the Myths of a Secular Age. Dr Cavanaugh is a Senior Research Professor at the Center for World Catholicism and Intercultural Theology at DePaul University in Chicago. He is also the 2012 St John’s Visiting Scholar in Religion at Victoria University in Wellington. The lectures are presented in association with Victoria University and St John’s Presbyterian Church.

The public lectures will be:

The Myth of Religious Violence: Does Religion Cause Violence?

The Myth of Prosperity: The Economy of Fantasy and the Current Global Financial Crisis

The third lecture is presumably aimed at students or people without jobs (being in the middle of the day at University on Wednesday), but I’ll certainly be at the other three.

One thought on “William Cavanaugh lecture series: Challenging the Myths of a Secular Age”