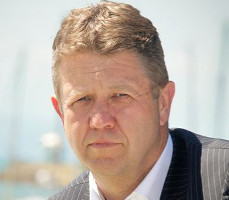 David Cunliffe is sorry. In fact he is sorry for something that I am guilty of: Being a man. And therefore if it is appropriate for him to be sorry, then I should be sorry too. I should be apologising for being a man.

While announcing a Labour Party policy to spend more money supporting the victims of domestic abuse, Mr Cunliffe made the apology to a Women’s Refuge forum in Auckland.

“I don’t often say it. I’m sorry for being a man right now, because family and sexual violence is perpetrated overwhelmingly by men against women and children.”

People who criticise this remark, it seems, are being smeared as trying to make political mileage from the serious issue of domestic abuse or as wilfully missing the real point. That will not wash. Mr Cunliffe, it’s good that you want to see something effective done to help the victims of domestic abuse (and as you probably know, your political opponents want this too, although their policy on what to do is different from yours). I commend you for this. And yes, I know you said other things. You even got stroppy and called the behaviour of abusive men “bullshit” as proof that you were serious. I’m glad it bothers you. Domestic violence attorneys at Daniel M. Murphy  is horrendous, I know. You are right.

Men are the solution to this problem.

But if I may, sir, you disappoint me. In response to male domestic violence, call men back to manhood. Embody the man they should be. Show the world what it is like to be a real man. Take them to task for failing as men. Real men have virtue. They love their wives and protect their children. That is part of what it means to be a real man (if a man has a wife and children). Men are the solution to this problem. Manhood, real manhood, is something to be cherished, and it does not happen enough. This is not the time to demean manhood further, but to praise it. When women tell their stories of being subjected to violence, they tell us #YesAllWomen. Regrettably and to your shame, Mr Cunliffe, you have responded to domestic abuse by telling us that #YesAllMen should be ashamed of what they are because of the actions of some. Worse than that most stigmatised of practices, “slut shaming,” you would have men of virtue apologising out of a sense of shame for actions they have never even committed. If you must timidly bow and do penance for anything, make it something of yours, not mine, sir.

Do not apologise for being a man. If that is your answer, then if I may be so harsh, it sounds like you might be apologising for something you’re not guilty of in the first place. Men who know what it is to be a man are never sorry for being a man. They just wish that there were more of us.

PS UPDATE – The above is to say nothing of the actual facts regarding domestic violence, which were not the point here. However: Research out of the University of Otago indicates that women, more than men, perpetuate partner violence. A report from NZ Police in 2012 confirms this, and adds that women kill children more.

No doubt there is a danger inherent in male violence that is lesser in female violence much of the time. But if the empirical research is correct (and I have no reason to think it is not), the apology is not only a fawning and misguided gesture, it is also premised on errors of fact.