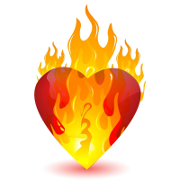 Christians have sometimes spoken about our ability to know that God is real in terms of the “inner witness” of the Holy Spirit, whereby God directly gives believers an assurance of God’s closeness to them. If any believer has this assurance, then s/he will have a confidence in God that is independent of her ability to construct an argument to satisfy another person that he belief in God is well founded. William Lane Craig, for example, often notes in his debates about the existence of God that numerous people claim to know God in this way because of the “inner witness” of the Spirit. Approaching the same claim from a different angle, Alvin Plantinga has carefully developed the claim that belief in God can (provided it is true) be properly basic, in this case grounded in claims that a person is not able to truthfully deny, formed by the right type of experiences (it’s a little more qualified than that, but this will do for now).

The (as yet) unnamed author of the “Thoughts of the Foetus” blog doesn’t think that the inner witness, even if real, can grant the kind of confidence or comfort that believers say it can. here’s why:

I would just like to point out that it is not nearly as comforting as Bill Craig seems to think. For example, in a popular youtube video circulating starring Bill, he claims this “inner witness” offers peace to a doubting Christian, because it grounds the certainty of his faith in something wholey apart from complicated philosophical arguments. But this simply isn’t true, because the “holy spirit epistemology” itself is a philosophical thesis that must be somehow rationally defended. If this were not so, then why does Craig devote nearly a whole chaper [sic] in “Reasonable Faith” and an entire “Reasonable Faith” podcast to doing just this?

The writer finished of that blog entry saying “Anyone want to defend Craig here?” I posted a reply at that blog earlier today but it hasn’t appeared yet. I’m sure it will, but I wanted to share it with readers here as well. It went like this:

Your objection is that the “inner witness” is no comfort because, in order to defend the claim that there exists an inner witness to another person, ‘the “holy spirit epistemology” itself is a philosophical thesis that must be somehow rationally defended.’

You need to explain why you use the word “must.” It must be rationally defended in order for… for what? The possibility of an experience need not be defended before the experience can be had, obviously (e.g. I don’t need to defend the scientific thesis that my eyes provide reliable information about the outside world before I can have confidence in what I see). So you need to mean that before I can have confidence in the certainty provided by the inner witness, I must be able to rationally defend to another person the claim that the inner witness is possible, or that basic beliefs can be formed in this way.

But this is clearly a false assessment. If – as a matter of fact – basic beliefs about God can be formed in the way that Plantinga suggests, or God can be experienced in the way that Christians maintain, then this phenomenon itself provides confidence. Why would that confidence only apply to people with enough philosophical nous to explain the epistemological implications?

Certainly, the thesis that such an internal witness can exist needs to be defended if one wishes to persuade philosophical skeptics that it exists. But in order to *have* the confidence Craig speaks of there is certainly no need to formulate such a defense.

Before anyone needs to defend Craig, I think you’d need to first build up a robust, plausible argument for the requirement that you claim exists.