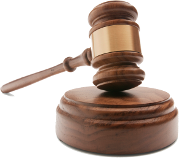 The guilty verdict of convicted murderer Clayton Weatherson today came as good news. However, some people, including the father of the victim Sophie Elliot, are now saying that the defence should not have been allowed to use the defence of provocation. In fact, they are saying that there should exist no such defence in law. They are wrong.

“Because of the way the defence was run, this trial became a perverse opportunity for a killer to continue to persecute his victim and her family after her death.

“The provocation defence is based on absolutely archaic notions about violence. Once upon a time, society accepted that an affront to male privilege or dignity was a reasonable excuse to fly into a homicidal rage.

“This trial turned justice inside out. The killer became the victim and Sophie Elliott was portrayed to us all as he chose to describe her. Unfortunately for Clayton Weatherston the jury didn’t buy it and nor did the hundreds of thousands of New Zealanders who watched him giggling on their televisions.”

Unfortunately, Ms Henare’s comments display a lack of understanding of the law and a distinctly sexist view of legislation surrounding homicide.

The provocation defence does not suggest that an affront to “male privilege or dignity” is “a reasonable excuse” to kill. This is a ludicrous caricature of the law. Even when the provocation defence is successful, the killer is not excused as Ms Henare claims. Provocation has only ever been a mitigating factor, never an excuse. It is a partial defence. It is a defence acknowledging that there is a difference between calculated, premeditated murder and the immediate reaction to a situation where one person provokes another so extremely that they cannot be expected to respond like the rational person. For example, a man has molested a woman’s daughter in the past, and he now horribly taunts her about it to her face, describing his revolting acts in detail. That would probably count as provocation.

Take note: To say that there should be no defence of provocation is to say that there is no moral difference between a woman like this who kills and a scumbag like Clayton Weatherston who committed premeditated murder against an innocent young woman. That, dear readers, is a truly disgusting claim and I defy anyone who makes it to defend it.

Of all people, Ms Henare should understand this. Women’s refuge and women’s groups are familiar with and sympathetic toward women who have been subject to prolonged abuse by their partners, only to finally snap and lash out in a calm moment. I’m not at all implying that I think this behaviour is justified, and I certainly do not believe that this is anything like what Clayton Weatherston did (after all, I don’t think he was provoked, and neither did the jury), but it sounds very much like Ms Henare is showing her bias here.

However it is surprising how pervasive this misunderstanding – or at least serious misuse of language – really is. President of the Law Commission Sir Geoffrey Palmer is himself guilty of doing it. In his call for the repeal of the provocation defence, he acknowledges that it is a partial defence (as Heather Henare does not), but even still he makes his appeal sound more rhetorically powerful by repeatedly saying things such as that the defence of provocation does not “offer a valid excuse for murder.” But once again, it is not and has never been intended as an excuse. Never. Sir Geoffrey is misrepresenting the purpose of the provocation defence.

Ever the enemy of due process, the Labour Party is also calling for the abolition of the provocation defence.

This kind of overreaction is common in New Zealand politics, but quite misguided. The line of thinking is that since Clayton Weatherston’s lawyer tried to use it, and since Clayton Weatherston was clearly not provoked, the defence of provocation should be repealed. What nonsense! What if his lawyer had been silly enough to claim that the killing was in self defence? Since it clearly was not self defence, would that prompt us to cry for the abolition of that defence? Clearly not. You can view here for more information on criminal lawyers. This is just like the ill thought out argument of those who reason that “since section 59 of the crimes act allows parents to use reasonable force when correcting children, and since some people beat their kids and then falsely claim that it was reasonable force, the section should be abolished!” It’s bad reasoning in that case, and it’s bad reasoning here as well.

Was Weatherston provoked? No, as the court easily found. Is anyone ever provoked? Undoubtedly. That Weatherston’s lawyer falsely put her client in the same category as those people is no excuse to rob those people of every defence to which they are entitled. What’s sad is that any disagreement with the many voices calling for the abolition of the provocation partial defence is likely to be seen as sympathy with Weatherston, in spite of the fact that I’ve said that he was not provoked at all.

4 thoughts on “The Provocation Defence Needs to Remain”