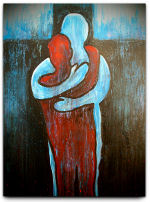 It seems that statistical findings (and the way they are interpreted and reported) have occupied my attention lately.

A little while ago I looked at some unpopular stats about homosexuality and about Muslim attitudes to suicide bombing, both facts that are somewhat unpopular in a liberal climate.

Then I looked at stats on religious people and atheists when it comes to knowledge of religion (and Christianity in particular). There I noted that when they want to limit their group to exclude under-performers, some atheists construed atheism in a very narrow way when it results in them getting better scores (as a group) in tests on religion, but when it comes to comparisons between their knowledge of Christianity with the knowledge that Christians have, while maintaining their own narrow categorisation, they combine high scoring Christian groups with low scoring Christian groups, ensuring that atheists (narrowly defined) score better.

This time I’m prompted by a couple of comments that were made during my discussion with Arif Ahmed on the Unbelievable radio show with Justin Brierly (the recording of this show should be available via the unbelievable podcast any day now I think). We were discussing whether or not there can be moral facts in the absence of God. As a kind of aside, our host Justin asked us what we thought the world would be like if everyone was an atheist – or a Christian, for that matter. My response was that we can’t really gaze into a crystal ball on this one. I did add that anecdotally I knew of plenty of people who were no longer Christians at least partly because they wanted to indulge in a lifestyle that fell outside the moral constraints of Christian ethics. (Incidentally Jim Spiegel’s book, which I reviewed, covers this in a little more depth).

Arif’s reply was that there’s no evidence that Christian belief makes people more moral, and there’s good evidence of an “inverse relationship” between religious belief socially dysfunctional behaviour (from memory, the example he used was crime). He didn’t name the study, but it’s one that is widely cited, although usually very briefly, for the sake of mentioning one or two details. It’s covered in a paper by Gregory Paul in the Journal of Religion and Society, Volume 7 (2005). In brief – and I don’t dispute the findings of the study – in parts of the world where there is a high degree of religiosity (actually for accuracy’s sake we should say “a high degree of religiosity existing alongside a minority of unbelief”) there also exist a higher level of what many or most of us think of as social ills: “homicide, juvenile and early adult mortality, STD infection rates, teen pregnancy, and abortion.” Again in the interests of accuracy, it should be noted that the kind of religious belief in question was stipulated to be anti-evolutionary belief in a creator. In looking at the countries (and states) referred to, the reader will correctly deduce that the belief is generally some form of young earth creationism.

But does this really mean that there’s “no evidence” (Arif’s phrase) that Christian belief has a positive moral affect on those who hold it? No, it doesn’t. This claim goes well beyond the evidence. In fact we know of precisely such evidence.

“The Social Capital Community Benchmark Survey (SCCBS) was undertaken in 2000 by researchers at universities throughout the United States and the Roper Center for Public Opinion Research.” You can read about the findings of that survey HERE.

The SCCBS survey looked at the behaviour of people who are themselves religious, and who practice their religion in terms of public worship on a regular basis. The effect of this focus is that the charitable giving and volunteering is actually carried out by the same people whose behaviour is in question.

In my discussion with Arif, I actually raised an issue along these lines. I pointed out that if you were to only compare the level of religiosity in an area with the level of, say, crime, then you could be missing out all sorts of factors that could be doing the causal work. For example, what if there was a high level of poverty that was also a factor? I didn’t have time to correct him, but Arif’s response miscontrued this point. His reply was that religiosity also correlated to poverty. He had misunderstood me as saying that perhaps religion had a positive impact on poverty levels, which wasn’t my point.

The point is just this: There’s data that shows that religious people (in the United States, at least) are personally responsible for more charitable giving (both to Christian charities and secular charities), showing a positive correlation between religious belief and moral behaviour. To his credit, when I noted this on the radio show Arif accepted that there is, after all, evidence of a positive correlative relationship between Christian faith and morality.

What’s more, the data connecting religious faith and social ills is not as straight forward as some might think. Granted, it’s (in my view anyway) important and surprising. But it is different in kind to the SCCB data in that it doesn’t connect specific behaviour to individuals who are themselves committed to a religious outlook. What is the explanation for the data Greg Paul discusses? I don’t know. Nor, for that matter, did he seek to offer an explanation (I take this to count in his favour in terms of fairness).

Incidentally, Evangelical Protestant couples (again, in America) have been shown to experience greater sexual satisfaction than both other Christians and the unchurched. Just saying.