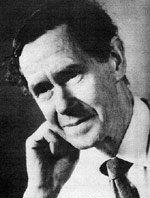 Is the existence of God really more queer or strange than the idea that torture and murder are not objectively wrong?

J. L. Mackie was famous for defending two claims. Firstly, God doesn’t exist (a claim defended in his book, The Miracle of Theism). Secondly, there are no moral facts (a position called moral nihilism or an error theory of morality, defended in his book, Ethics: Inventing Right and Wrong). According to Christian thinkers over the centuries, these two claims have been thought of as closely related, and the second claim is really a consequence of the first. If God does not exist, then moral facts do not exist either. Interestingly enough, this was Mackie’s position as well.

Here is what I think is the single most persuasive argument for moral nihilism, not because I think it is sound, but because it is (logically) valid and because it appeals to premises that its intended audience (an audience of atheists) is likely to accept. In fact Mackie presented three arguments from queerness, only one of which I am calling “the argument from queerness” here, however his other varieties of queerness arguments are worth noting. I note them somewhat reluctantly, because I don’t want people to be distracted by those arguments when I really want to discuss the third, however it would be unfair to imply that Mackie put all of his eggs in one basket. Firstly, Mackie said that moral beliefs are epistemically queer, since he thought that our regular ways of knowing things only include “sensory perception or introspection or the framing and confirming of explanatory hypotheses or inferences or logical construction or conceptual analysis or any combination of these.” But since, according to Mackie, what people describe when they talk about acquiring moral beliefs involves none of these methods of acquiring knowledge, doing so “would have to be by some special faculty of moral perception or intuition, utterly different from our ordinary ways of knowing everything else.” But since it is “easy to point out [the] implausibilities” of moral intuition as a special epistemological method, we cannot have knowledge of moral facts.1 There are several ways to respond to this argument.

Firstly, one might just say that actually, at least some moral facts are learned by “sensory perception or introspection or the framing and confirming of explanatory hypotheses or inferences or logical construction or conceptual analysis or any combination of these.” Maybe intuition is really a kind of introspection. But if Mackie intends that introspection be construed so as to rule this out, perhaps someone has a careful argument for the existence of God and reasons to suppose that God wills certain behaviour and not other kinds. But Mackie supposed that there is no God, so would have found this suggestion implausible. Perhaps then one might dispute the claim that we can easily show that intuitionism is implausible. If there are moral facts and if we are constructed in such a way as to naturally apprehend them by a unique function of the mind then moral intuitionism would not be implausible at all. The fact that Mackie did not think this plausible was due, I suspect, to the force of his metaphysical argument against there being such facts in the first place, which I will come to shortly.

The second type of queerness that moral facts would have, said Mackie, is their curious psychological power to motivate us to act, or to refrain from acting. Moral facts would have a “power, when known, automatically to influence the will.”2 I have commented on this objection elsewhere. It is Hume’s argument from motivation, which I think is generally unpersuasive and do not intend to delve into at all here.

I take Mackie’s most significant argument from queerness to be his metaphysical argument. Moral facts, supposing that there were any, would just be weird, for lack of a better word. The argument is simple: Given that the unintended physical universe is all there is (that assumption is absolutely crucial here), just what are moral facts supposed to be? There is no way that things are ultimately meant to be, since there is no one to have such intentions. Since “the universe is,” to cite Sagan’s famous dictum, “all there is, all there ever has been, and all there ever will be,” moral facts or properties cannot be objects of any sort. In what metaphysical space then could they exist? In fact, rather than a positive argument, it looks to me like the argument here really consists of little more than questions like these ones. It is a challenge. Unless others can answer Mackie’s questions, he seems to have thought, then they are unanswerable because there are no moral facts.

What is the connection between the natural fact that an act is a piece of deliberate cruelty – say, causing pain just for fun – and the moral fact that it is wrong? It cannot be an entailment, a logical or semantic necessity. Yet it is not merely that the two features occur together. The wrongness must somehow be “consequential” or “supervenient”; it is wrong because it is a piece of deliberate cruelty. But just what in the world is signified by this “because”? … How much simpler and more comprehensible the situation would be if we could replace the moral quality with some sort of subjective response which could be causally related to the detection of the natural features on which the supposed quality is said to be consequential.3

Although I disagree with his conclusions in the strongest terms, I love Mackie’s clarity. Another way of putting the above line of thought is to say that Mackie offers an argument from silence. Mackie does not have a way of explaining how natural facts could give rise to moral facts, and so, he says, natural facts do not give rise to moral facts.4

The queerness argument is that moral claims are just so different from anything else we know of that we cannot take them seriously as fact claims.5 Naturalists, provided they are philosophical naturalists as well (that is, atheists), have no explanatory story to tell about how it could be that we are, as a matter of natural fact, meant to do or not do certain things. I think that at the heart of the argument what we are seeing is a psychological appeal. Charles Pigden sums up the argument succinctly, again, suggesting an argument from silence or from a failure to explain something rather than an explanation of something’s impossibility:

In what way are values so opprobriously queer? Their queerness consists in this. They are fundamentally at odds with the scientific worldview, impossible to accommodate within a materialist or physicalist ontology… There is no room for objective moral qualities or relations in this strictly materialist universe. Scientific implausibility is a brand of queerness which cannot be ignored, and is, perhaps, intolerable.6

There is a subtle language game here since the term “scientific worldview” is taken to entail philosophical materialism. I say this because Pigden does not merely say that moral values are “unsearchable” by scientific methods or “beyond the realm” of scientific inquiry, preferring instead to say that they are “at odds” with it. In itself I consider this use of language to be grotesquely unscientific, but the point is obvious. The argument appears to be as follows:

1) Belief in moral facts is an appeal to things that cannot be accounted for, given philosophical naturalism.

2) Anything that cannot be accounted for, given philosophical naturalism, is so queer as to be unbelievable

The premise that the presenter of this argument is banking on his audience accepting is obviously 2). 1) is the thing that the error theorist will invest all his time trying to show, by criticising any attempt to reach moral conclusions from naturalistic premises. Premise 2 is an appeal, not to demonstrable facts or observable phenomena, but to intuitions, and what one person finds intuitively correct here might not seem particularly plausible to another. Consider other ways that the “queerness” type of argument might be used.

4) Moral facts are ruled out by philosophical naturalism

5) When I say that it is morally wrong to break into my house, murder my children and rape my wife – all just for fun, I am stating a moral fact.

6) Consequently, the claim that it is morally wrong to break into my house, murder my children and rape my wife – all just for fun, is ruled out by philosophical naturalism.

This gives us the following disjunction:

7) Either philosophical naturalism is false, or it’s not morally wrong to break into my house, murder my children and rape my wife – all just for fun.

But if we’re going to reach answers on this issue by simply presenting the above statement and then asking “which option seems more queer to you,” I think I’m putting it mildly by saying that the outcome might not go Mackie’s way. In fact, I submit, it backfires in favour of theism. The claim that atheism is false is much less queer than the claim that it’s not immoral to commit murder and rape for the fun of it.

7 thoughts on “How the queerness argument (possibly) backfires”