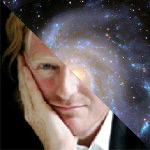 This is the second time in a pretty short space of time that I’ve criticised something said by Stephen Law. I don’t want people to think that I’m picking on him. It’s a coincidence, I swear. I had a book of his out of the library and critiqued his (apparent) claim that Christians who use the fine-tuning argument commit the lottery fallacy. Then when I was in that same library a couple of days ago that same book caught my eye because I recognised it as the book that I recently had out. Right next to it was another book by Stephen Law. It was bright green, so it stood out. That’s how I came to be reading him again and how I spotted the comments that I’m about to comment on. I promise, it’s nothing personal.

Having said that, it’s still an example of some pretty bad philosophy. Law’s book The Philosophy Files is basically an introduction to philosophical issues for young people. In general, it’s good; enjoyable, clear, helpful and it has nifty pictures. I have on my desk the edition published in 2000.

But just as with his other book that I commented on, The Philosophy Gym, things head south when it comes to the section on theism (belief in God). Now of course we should cut him some slack. The book isn’t an in-depth textbook. It provides an introductory coverage of issues for people who may never have encountered them before. But even in a simplified presentation, surely we have a duty to represent people’s positions in a way that doesn’t mislead, and that doesn’t portray people that one disagrees with as using arguments that are much worse than the arguments that they use in real life.

Now, I might quibble slightly with some of the phrasing. I might say “if anything comes into existence, then that coming into existence was caused.” I would conclude “therefore the big bang was caused.” But I doubt that Dr Craig would disagree with me in putting it this way.

Anyway, back to Law’s book. He presents the big bang argument by way of a discussion between two friends, Bob and Kobir. These two good friends, we are told, often argue about philosophy (i.e. they aren’t novices). Here is how there discussion about God and the big bang went:

Bob: well then, my question is: what caused the big bang? Why was there a bang rather than no bang?
Kobir: I have no idea. That is a mystery.
Bob: Yes, it’s a great mystery. After all, everything has a cause doesn’t it? Things don’t just happen. Take that firework that exploded over there a few moments ago. That explosion didn’t just happen, did it? It had to have a cause. Someone had to light the fuse, didn’t they?
Kobir: I guess so.
Bob: But then the same applies to the big bang. The big bang must have had a cause too. Now if God exists, that would solve the mystery of what caused the big bang. That’s why it is reasonable to suppose that God exists. God explains why the big bang happened. God lit the fuse!

[This version of the Cosmological argument] is an argument about an event, namely, the big bang.

Notice the type of argument that Bob has presented. It is an argument about an event, namely, the big bang. He uses the analogy of a firework that has recently exploded overhead. That explosion too, was an event, and it too required a cause. The question invited by the beginning of the universe, then, is “what caused the big bang?” Reflecting on the argument that Bob has presented, Stephen Law then adds, “indeed, you can find much the same sort of argument in the writings of many philosophers and religious thinkers down through the centuries.” He’s right, of course. Naturally, most of the thinkers throughout history that he is thinking of did not refer to the big bang, because they simply did not know about it. Yet versions of the cosmological argument are not new by any means. Especially among Christian and Muslim philosophers, the argument that the events of the beginning of the universe demands a causal explanation. Of course, now that he has acknowledged this, Law needs to be careful that he does not construe Bob’s argument in a way that it is unfair to these historical arguments – And that is where things then go wrong.

1. Some things change. (empirical premise, verified by observation)
2. Everything that changes is made to change by something else. (Aquinas has a separate argument for this)
3. The chain of causes can’t go back to infinity.
4. Therefore, there must be a cause of change that does not itself change.

Another example is the kalam argument used by William Lane Craig, which was originally posed by Muslim philosophers like al-Kindi and al-Ghazali. I noted this argument earlier.

These historic versions of the cosmological argument are a lot like the argument used by Bob in that they refer to all events having causes, or all changes having causes. Now observe how Law depicts Kobir’s response to Bob, and look at Bob’s reaction to it:

As a professional philosophy teacher, Stephen Law knows that this is not the way that the cosmological argument works.

Now of course, this is the point at which Bob ought to have stopped Kobir in his tracks, and probably would have done so if this were a real conversation. After all, it’s quite clear how Kobir has just misconstrued Bob’s argument. As an author who is also a professional philosophy teacher, Stephen Law knows that this is not the way that the cosmological argument works (I am only talking about first cause versions of the argument for now). In the real world, the argument has to do with all events requiring a cause, or all changes requiring a cause. The argument obviously does not stipulate that “everything has a cause,” or we would have to say that God himself requires a cause (since God is a thing). But as the writer of the dialogue, Dr Law gets to determine how the characters respond. After being asked if this rather shoddy nutshell version of this argument is correct, Bob responds and the dialogue continues as follows:

Bob: Yes. I suppose so.
Kobir: Well then, if everything has a cause, then what caused God? What made him exist?
Bob: Good question. That’s a mystery.
Kobir: So you have merely replaced one mystery with another, haven’t you?
Bob: How do you mean?
Kobir: Well, we are still stuck with a mystery, aren’t we? We started with the question: What caused the universe? Scientists give us the answer: The big bang. But then we are left with a mystery, aren’t we? For then there is the mystery of what caused the big bang. Now you try to get rid of this mystery by saying that God caused the big bang. But then we face the mystery of what caused God.
Bob: OK. let’s suppose God doesn’t have a cause. Let’s suppose God isn’t the sort of thing that needs a cause. If God doesn’t need a cause, then there’s no mystery left over.
Kobir: But now you have contradicted yourself! You started your argument by assuming that everything has a cause. Now you are saying not everything has a cause: God doesn’t.
Bob: But when I said everything has a cause I didn’t mean absolutely everything. I made everything except God, obviously.
Kobir: So you are saying that there is one exception to the rule that everything has a cause: God.
Bob: Yes. God is the exception to that rule.
Kobir: But if there has to be an exception to the rule why not just make the universe the exception to the rule instead? What reason have you given us to add God onto the beginning of the universe as an extra cause? You have given us no reason. But then you have given us no reason to suppose that God exists.
Bob: I guess you’re right.
Kobir: You see, Bob, I admit that there is a mystery about where the universe came from. I admit that there is a great mystery of why there is something rather than nothing. I just deny that this mystery gives us any reason at all to suppose that God exists.

And so, Bob meekly allows Kobir to change his argument into something that he never offered in the first place, and then starts throwing an ad-hoc exceptions. To top it all off, Bob humbly agrees that he he really hasn’t given any reasons to believe in God.

But to anyone versed in philosophy of religion, the second part of this dialogue, namely Kobir’s reply, sends alarm bells ringing. We find ourselves wanting to call out to the actors “Wait! Stop! You made a mistake! You changed the argument! No, don’t continue with the new version! It’ll cause problems! No, stop, stop! It’ll…. there. See? I told you the new version would cause problems.” It’s like watching a twelve car pileup on the freeway in slow motion – knowing that it was orchestrated all along.

It’s true that this book is just an introductory text for teenagers. But rather than serving as a mitigating circumstance, I think it really makes the situation worse. Such people don’t have any background in philosophy of religion, and they are unlikely to pick up on the misrepresentation, or on the change of the argument halfway through the discussion. They may simply believe that this is as good as the argument for theism from the beginning of the universe gets, and that any well informed and honest theist will, like poor Bob, end up saying “I guess you’re right.”

50 thoughts on “Stephen Law on the Cosmological Argument”