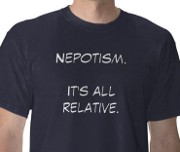 I wasn’t sure whether I would share this or use it as an opportunity for comment. I’ve decided to do so, albeit with some fear and trembling. Somebody has to say things like this. If you think I shouldn’t have done so, or if you’re personally (or professionally) connected to the circumstances I describe here, don’t use the comments section to point this out. If you’re concerned enough, contact me privately.

A while ago, I applied for an academic job at a Christian college of higher learning. I describe it vaguely that way so as not to give any clues which college this was, but I’ll say that it was in New Zealand. Reading the job description, it looked to me like I was ideally qualified for the role, and given the profile of the college, which was not as high as some, I thought I might even have stood a good chance. I was interviewed, but I didn’t get a the job. That was a bummer, but it happens. I figured I would just keep doing what I do, doing my time in my job that I had always said I would just keep doing until I landed the sort of job I was looking for, trying to squeeze out of the rest of my schedule the time and space to work very hard at raising my profile to improve my chances of getting this sort of job.

Some months later, a first hand account got back to me about my application, and there is no question mark over the authenticity of this account. This is what happened. The person behind the advertisement in this small college had promised the job to a friend. Then, to make sure that things were done “by the book,” the position was externally advertised and applications were invited. As a person who has invested a significant chunk of his life preparing himself to step into a role just like this one, naturally I applied. As the person behind the hiring process put it – they were now in a really difficult position and weren’t sure what to do. Here’s why: The job had been promised to a friend who was now expecting to move to the country and start the role, but now that applications had been invited, they had received an application from someone who in their view was clearly more qualified for the job. That someone was Glenn Peoples. What were they to do? The difficulty was resolved by giving the job to the friend to whom it had been promised. I should say that nobody has specifically said that I certainly would have gotten this job were it not for this promise made to a friend.

I’m glad that I found this out. If nothing else, it at least reassures me that my applications are as good as those of others. I trust that from the details given above you can see why I’m not naming any person or any college. Very few know that I applied at the college in question. I trust you can also see why I was unsure whether or not it would be appropriate to comment publicly on this. Some would simply call it whining or sour grapes. Ultimately I can’t change the way people read this, but I thought some comment would be appropriate nonetheless, both because of the general principles that it highlights, but also because I’m aware that a number of professional academics read this blog, some of whom may from time to time be involved in the hiring process, and some of whom might also teach at Christian colleges like the one in this example.

If I were on a hiring committee where I learned that the whole screening and interview process was faked, and that the applicant had already been chosen – and that all the other applicants were simply wasting time and hoping for something that was literally impossible, I would remove myself from the hiring committee immediately without a second thought. I’d like to think that I would have the personal integrity to resign from my position as well unless the process changed right away, but the reality of needing a job might delay that somewhat.

It was a college that specifically emphasised the impact of the kingdom of God in the world, emphasising lives being permeated by the power of the Holy Spirit, the advocacy of justice and the church serving as a transformative influence. The sad irony of it!

It’s particularly egregious that in the example that directly affected me, the college was a Christian one. It was a college that specifically emphasised the impact of the kingdom of God in the world, emphasising lives being permeated by the power of the Holy Spirit, the advocacy of justice and the church serving as a transformative influence. The sad irony of it! To proclaim this sort of message while engaging in this sort of corruption and even deception is a real indictment. I can never again look at their proclamation of “lives transformed,” “social justice” and the like in the way that they might hope, because their actual conduct suggests that whatever role these catch phrases might have in their curriculum and advertising material, it hasn’t quite permeated through to the way that they conduct themselves.

It’s difficult to state just how unethical this all is. I don’t know a lot about employment law or disputes. But I cannot imagine any employment authority looking favorably on a publicly advertised job vacancy and a screening and interview process that was in reality not genuine, where applicants had literally no chance at all of success, and where the position had already been promised to somebody else. But of course, somebody like me isn’t going to make a scene about it and get “authorities” involved because doing so would make my future prospects anywhere else even less likely.

There are people who have lived their lives, made their plans, obtained their education and made personal and family sacrifices of significance so that they will be qualified for roles like these.

But legality aside, the injustice and lack of moral concern here is what bothers me the most. There are people who have lived their lives, made their plans, obtained their education and made personal and family sacrifices of significance so that they will be qualified for roles like these. I spent the better part of a decade getting my qualifications. During that time obviously I gave up the opportunity to get professional experience and the ability to earn a regular full time income. That’s a long time to live in voluntary poverty. Now that my degrees are behind me I work four days a week, so that I still have some time to work on various projects that will keep my scholarship “current” so that my education isn’t stale. My work ethic wouldn’t let me not work, even in roles that I find unrewarding and outside of my areas of skill or interest. Every now and then I manage to get something published, and I’m involved in a number of speaking engagements throughout the year. Of course, with little non academic professional experience, my job is somewhat entry level. Five or six evenings per fortnight I have to make sure I get home from work early so that I can hand the car over to my wife, who immediately goes to her (also entry level) job, working a short evening shift. It’s not an ideal situation for our family to be in, but the way we see it, the academic employment environment is a race. We’re prepared to make some sacrifices to be as competitive as possible, and the education and experience I have is what makes me competitive. As Paul put it in a different context, I have “beaten my body.”

I really do wonder if those who do this have any personal appreciation of how they belittle and undermine the pursuit of excellence.

Christian employers (and employers generally), you make education, personal sacrifice and commitment, effort, long nights, less time with family, travel, speaking, exasperation and frustration, worthless if you are going to conduct yourselves this way. You know as well as I do the Bible’s concern over showing partiality, its disdain for those who pervert justice, you might even recall the admonition of Proverbs 16: 30 that “Whoever winks his eyes plans dishonest things.” I look at situations like the one I described here (and I would be naïve to think it doesn’t happen very often) and think: It’s not a race. The outcome has nothing to do with dedication, skill and effort. What’s the point of continuing to do this? Why try? Why be good at this? I really do wonder if those who do this have any personal appreciation of how they belittle and undermine the pursuit of excellence, and how they sap the motivation of those who know what they are doing. You are also lowering the quality of your college when you do this. You literally don’t want to be the best you can be. You also insult those who do teach at your college who in fact are qualified and who did get there at the end of an application and interview process. They may have thought they were there because they are good at what they do. Now they have been shown that actually anyone can fill their shoes – if they know the right people.

I’d like to be able to say these things to you in a pastoral capacity, one of oversight where those who do this sort of thing might even feel chastened. As it is, some of you may well just look at this as the whining of a mosquito, something to ignore, an opinion of no consequence. But I’d ask you how you would respond if your senior did raise this concern with you after having discovered that this had been going on. Would you feel concern for your future with your employer? Would you feel rebuked? Would you feel the need to repent? Would you even be willing to consider that you had done something wrong? Guess what, Christians: Your boss saw you.

Look, if you want to give a job to a friend who might not be as qualified as a potential applicant, and you’d rather have a person you know and trust than a better qualified person you don’t know, then that’s your concern. Pick up the phone, offer them a job, hire them. End of process. Everything has been honest. If you’re going to advertise and accept applications, then do it – and do it honestly. Screen them, assess them, and choose the best applicant. But don’t do both. Some of us actually have our lives invested in this.

“Use honest scales, honest weights, and honest measures. I am the LORD your God.”

30 thoughts on “Christian employers and the hiring process”