The latest issue of Philosophia Christi – one of my favourite philosophy of religion journals – is out (Volume 13, number 2). Here’s what you’ll see on the back cover: 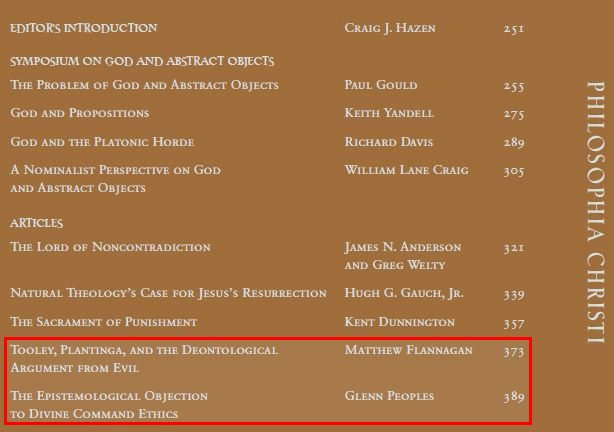 I’m betting that this is the first time two philosophers from New Zealand have appeared in the same issue of this journal. 🙂

(And as they say, the last shall be first and the first shall be last!)