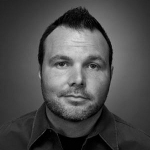 I don’t know Mark Driscoll. Nor, for that matter, do those who make up the disturbingly enthusiastic crowd of stone-bearers who wait in the wings, apparently hoping for his downfall. They’re calling him a thug, alleging that he suffers from mental illness, calling him a slime ball, a heretic, an “ass,” a “jerk,” and worse.

Genuinely committed evangelicals, who in other contexts would actively condemn hatred and vilification (and would probably never think of themselves as taking part in the like) are lining up on social media websites and blogs to insult, ridicule, belittle and attack Mark Driscoll, and to basically give a pat on the back to their friends who do likewise.

Mark’s purported sins are these: First, he is a “hypercalvinist.” That’s how many non-Calvinists say that he is a Calvinist, which he is. “Hyper” just means “this view is really dumb,” or “I don’t personally understand why people accept this view and boy isn’t it different from mine!” Second, he’s a “complementarian.” This means that he believes that men and women have an equal status in God’s eyes but that there are such things as proper gender roles that manifest themselves in such ways as men taking the role of pastor and women not doing so, and men have a greater responsibility to serve as protector and provider for their family. They’re traditional views that many people regard as outdated. And thirdly, he believes that churches should practice “church discipline.” That’s a big subject, but in brief it means that churches have a responsibility before God to take an active interest in the moral wellbeing of its members to the point where if a member starts to live in a way that contravenes important moral principles held by the church, sanctions will be taken. The member would be counselled to cease from such behaviour, and if they don’t, they end up losing their standing as a member of the church until such time as they change their ways.

These things, apparently, make it open season on this man.

I have read accounts of some people’s experiences with Mars Hill Church, supplied as evidence that it’s a terrible church, and I frankly disagree with what is said for a variety of reasons, but that’s not my point here. I don’t want to draw attention to individual cases and issues.

Mars Hill Church, Mark’s congregation in Seattle, Washington, has grown very large, and there are a number of other Mars Hill congregations. Mark’s ministry has had an impact that is felt far afield. As far as churches go, you could say that it’s a successful church. That makes Mark a target. It shouldn’t, but it does. Of course, Mark is only human. He’s not perfect. Recently he was interviewed on the Unbelievable radio show in the UK, and the host Justin Brierly didn’t share some of Mark’s views (in particular when it comes to the role of women in ministry). Mark didn’t react well to that, suggesting that the interviewer had an “agenda.” But the outpouring of scorn and rage from so many Christians at Mark’s reaction was simply out of all sensible and charitable proportion. It was as though there was a massive pack of wild dogs that had been just sitting there, waiting for weeks on end for the weakest excuse to rush forward and draw blood, and now they would. Now Mark could be loudly branded as foolish, childish, for some reason his Calvinism got dragged into the mix (go figure), and this one event served as the catalyst for a slew of barely related attacks to surface on Mark and Mars Hill Church in general.

I don’t fully understand the strength of the vitriol that I am now seeing, and I think that is partly because it cannot be fully rationally explained. Mark has become the whipping boy of theological conservatism. Some of you may not follow such things in online discussions, and you may simply have no idea what I’m referring to. That’s OK – you’ve been spared!
Whether or not you agree with Mark and Mars Hill Church on these points is of no interest to me here. My point is really here: So many of Mark’s most vocal and unkind attackers are among those who deem themselves to be “progressive” Christians, who among other things see themselves as part of a movement stressing the love of God for others. And yet, while they love to tell others that Jesus said that we should love our enemies, they throw stones at their brother.

You might think that Mark is honestly mistaken about the three doctrinal issues I outlined above. You might, for whatever reason, not personally like him. Maybe he’s not somebody you could see yourself being buddies with. That’s fine. Maybe you don’t always think much of the way he expresses himself. OK, no biggie. But I want to challenge you to do something. Let’s see whether or not we can move beyond talking about loving those we don’t get along with, agree with, like, or even approve of all the time. Let’s see if we can move into a demonstration of that love. I’d really like you to join me in doing this. In fact, if you’re a Christian who disagrees with mark on the doctrinal issues I raised above, I would especially like you to do this.

Here’s what I want you to do. Contact Mars Hill Church. Contact details are at their website here.  It would actually be best if you send a physical letter in the mail rather than an email. Address it to Mark Driscoll. In that letter, I’d like you to tell him a few things, and I’d really like you to mean it:

If at this point you find yourself squirming about me “enabling” a church that you fundamentally disagree with both in doctrine and in practice, then you’re missing it. All of the above should resonate with you if you’re a committed Christian entirely apart from whether you agree with this guy! It’s about being willing to step out and actually do something to demonstrate love whether you want to like or agree with someone or not (and I am not at all implying that I do not want to).

Take on board C. S. Lewis’s advice: “Do not waste time bothering whether you ‘love’ your neighbour; act as if you did. As soon as we do this we find one of the great secrets. When you are behaving as if you loved someone, you will presently come to love him.”

I’m writing my letter tomorrow. How about you?

69 thoughts on “In Support of Mark Driscoll”