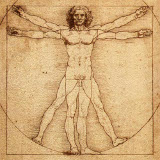 Do you really have to just pick one discipline?

Recently I had the dubious honour of being overreacted against. I made some critical remarks about somebody’s attempt to reduce a theological point of view (annihilationism) to naturalism. I also made some fairly mundane (and fairly easily demonstrable) observations about the range of concepts that can be expressed by Qal verbs in Biblical Hebrew (I know, sounds riveting, right?). In a colourful plume of hormones and other brain chemicals I was labelled a “heretic,” somebody who is “blindly incompetent” and who is sinning against God merely by expressing the arguments that I do. My attempts to offer evidence in my defence were thwarted as the blog’s author simply chose not to publish the comments. Along the way it was recommended numerous times that I really ought to be more humble and gracious – like the person who was making these observations (!). And of course, the session ended with the prayer that I would become so (a prayer that I can only hope is not answered, given what the writer thinks humility and grace consist of!).

But that’s the internet. Trolls will troll. What struck me, and leads to the topic of this post, is the discussion that was had in a chat room shortly after some of these interactions (but prior to the last and most colourful outburst). I’m a philosopher, you see. I was commenting on biblical issues, and naturally I had no idea what I was talking about. What else would you expect from a philosopher?

The discussion reminded me of others, this time with people whose problem with me was that I’m not a naturalist like them. When issues of science and philosophy come up in such circles and people want an easy way of labelling and dismissing what I have to say, I’m labelled a “theologian,” so what could I know about such matters? This is the technique that outsiders to philosophy like Richard Dawkins use to dismiss the likes of Richard Swinburne or William Lane Craig (whom Dawkins once characterised as “parading himself as a philosopher”).

Both of these, of course, are instances of the beloved ad hominem fallacy, where a person’s stance or argument is dismissed simply because of who holds it or where it comes from. This particular form of the fallacy involves identifying a feature of a person’s background that identifies them with some discipline other that the one currently under discussion, and on this basis dismiss what the person says about the issue currently under discussion. If we’re talking about philosophy, brand me a theologian who’s not familiar with the territory (never mind that my PhD was in philosophy and I did a double major in my undergrad, one of which focused on philosophy of mind and philosophy of religion). If we’re talking about biblical studies, then brand me a philosopher (never mind that my other major in undergraduate study was in biblical studies, and a substantial portion of my MTheol with distinction focused on biblical studies, including working with Hebrew, which was the language I began during undergrad study). The truth is, I think that people who mean to be public scholars – scholars who do what they do for the public benefit – and especially Christians who mean to bring specifically Christian insight to bear on public scholarship, should aspire to be renaissance men (or women). We really should aspire to excellence in a number of fields. Imagine if somebody had told Leonardo Da Vinci that they were interested in seeing his paintings, for what would an inventor know about painting? Now of course, while this is a worthy aspiration, it is an aspiration. Don’t presume to speak on matters where you genuinely are out of your depth or you lack the requisite experience, only to defend yourself by saying that you’re a renaissance man. In fact, don’t use the term at all as it’s awfully pretentious sounding. But the point is that there is no reason at all to assume that if you’re have competence in one field it’s not possible that you should have competence in another. Indeed this is the reverse error of the one commonly made by the likes of Hitchens or Dawkins: The assumption that because one is gifted in one field, whatever one wishes to say about religion is therefore infallible. The truth is, gaining understanding of an issue usually involves bringing these disciplines together in an integrated way. A builder is not a builder so that he can study the theory of building, but so that he can make useful and / or beautiful buildings. A cook is not a cook so that they can learn about ingredients, but instead to make great food. The same is true for my interest in studying biblical studies, theology and philosophy. None of these disciplines exists for its own sake, but rather for the sake of promoting and contributing to knowledge of the issues on which they touch, whether that’s the way we should live, what we can hope for, or knowing what God is like.

Getting back to the dismissals I have encountered when it comes to biblical studies: Part of this stems from the fact that it’s easier to fallaciously dismiss a person than to seriously address what they say. I get it. But part of it may also be because at this blog (and in the podcast) I have tended not to focus quite so strongly on biblical studies (although at times I have done so, e.g. on Pacifism and Matthew 5, on the scope of the Torah’s authority within the Old Testament, or on the Johannine account of the woman taken in adultery). To finally get to the point – that’s going to change. This will never be a full-time biblical studies blog, for there are just too many interesting issues in systematic theology, philosophy and in the world around us for me to limit myself to one narrow field. However, I will be bringing more of my musings in biblical studies into the blog. The blog hasn’t been entirely devoid of such material in the past, but I’ll be kicking it up a notch.

3 thoughts on “Must we choose just one discipline?”