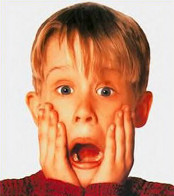 When possible, don’t wait until something goes terribly, tragically wrong until you decide what you think about it.

I had been planning on letting some of the hoopla about gun control in light of the most recent awful school shooting die down a little before I made this brief comment, lest it get lumped in with the arguments about gun control itself (which this post is certainly not about). But evidently those heated discussions aren’t going anywhere in a hurry, so I’ve resigned myself to saying this with all the other conversations still happening. This is more of an observation/rant/vent than most of my comments tend to be.

In the immediate aftermath of the murder of children and staff at Sandy Hook elementary school at the hands of a gunman (whose name we do not need to repeat – more on that another time perhaps), as you would expect, social media was abuzz with conversations about it, and about the issue of legal access to firearms. I’ve got views on that, but those views don’t matter just now. Among some of the comments I was seeing were comments from people who seemed shocked – not just by the fact that such a terrible act had been carried out (which is perfectly understandable), but by the fact that such a scenario was even possible. Now, I know that of course they realised that it was theoretically possible for someone to commit mass murder. But they reacted as though they had never paused to think that people could do this with guns, and as though the possibility of these actions had never before factored into their ethical thinking about gun control.

I say this because I began to see comments – from more than one person, actually – along the lines of “Wow, I have now changed my stance on gun control” or “I am now stridently in favour of gun control.” Maybe it’s right to be in favour of heavy gun control, maybe not. But how can a morally reflective person who considers the implications of their stance on gun control just now realise that this sort of thing can be done? It seems akin to someone thinking that it’s acceptable for nations to have and use nuclear weapons in warfare, and then to find out that a nation actually used nuclear weapons in warfare, only to respond with a mortified: “Wait, nuclear weapons kill millions of people? I’m now opposed to it!” You mean you took your previous stance on nuclear weapons not realising that? Similarly, some people’s sudden and impassioned change of heart in light of school shootings leaves me asking: “Do you mean to tell me you took what you thought was a principled stance and defended that stance before other people without actually considering that this kind of thing can happen? Really?

Part of becoming a mature, careful, reflective morally thinking person is that you think beyond what is happening right in front of your face at this moment in time, and your thoughts move across a whole range of possibilities.

I know that the context to which St Paul was writing was very different from the one that I’m talking about, but I’m reminded of his exhortation to the Ephesians to become mature in their thinking “so that we may no longer be children, tossed to and fro by the waves and carried about by every wind of doctrine” (Ephesians 4:13). Part of becoming a mature, careful, reflective morally thinking person is that you think beyond what is happening right in front of your face at this moment in time, and your thoughts move across a whole range of possibilities. You know what a gun is. You know what it can be used for. You know that in schools there are a lot of children. You should be able to put two and two together and realise where this leads in terms of possibilities. Now, you might then throw other things into the mix as you carefully think through the question of where you stand on gun control: The fact that schools are gun free zones – should they be? The question of the extent of security measures taken at schools – should they be more rigorous? But to recoil in sudden realisation at the implications of your considered stance when you hear that somebody took a gun and shoot a lot of people says at least one thing: You probably weren’t entitled to the view you held before. Of course we should all “recoil” at the fact that someone did this, you understand that I’m not denying that. But to suddenly now, after the fact, realise that you should have factored this possibility into your theorising, resulting in a panicked dash for a new point of view, is precisely the kind of reactionary thinking about morality that we should make it our duty to avoid. I’ve also learned that not everyone (read: nobody) takes kindly to having this explained to them after the fact (I was blocked on Facebook for doing so), so if this blog post serves any purpose, it should be to urge us all to take the “Scout Motto” to the moral thinking we’re doing now: Be prepared. Think now about what your stance implies. Think about what might, in theory, happen in the world that might challenge your position. Proactively respond to it now and formulate your opinion accordingly – don’t react to it when it happens.

On a more participatory note, and to get me out of rant mode: Can you think of a time when you (or someone else – provided they did so publicly, so don’t go revealing what was said in private, please) suddenly realised that your “well-thought out and carefully considered moral point of view” had missed the patently obvious? Feel free to share.

4 thoughts on “On moral thinking rather than merely reacting”