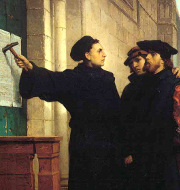 6 thoughts on “On Reform – short thoughts”