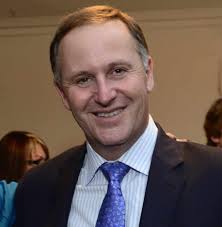 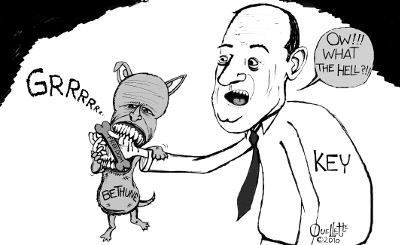 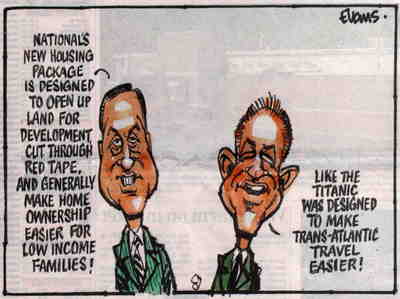 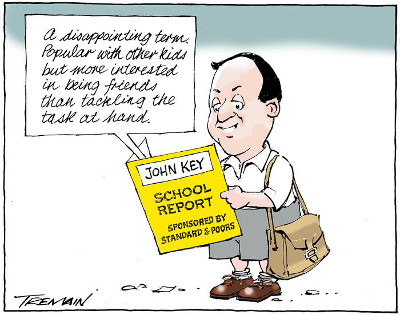 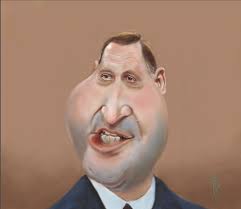 But just recently I’ve started to notice some specific features in some caricatures of Key, and I’m certain that I’m not imagining it. Some of these are older cartoons, some more recent. First, here’s one from Sharon Murdoch. 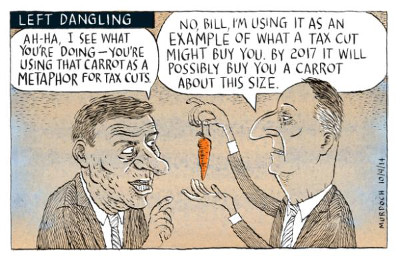 Do you see any difference between this and the previous examples? It may seem subtle to some, but it’s right in your face. Actually it’s in John Key’s face. A long, hooked nose. Now, you might say that the other person portrayed, Bill English, has a big nose in the picture too. OK, fair enough. Maybe I’ll give you that one. Let’s look at another one: 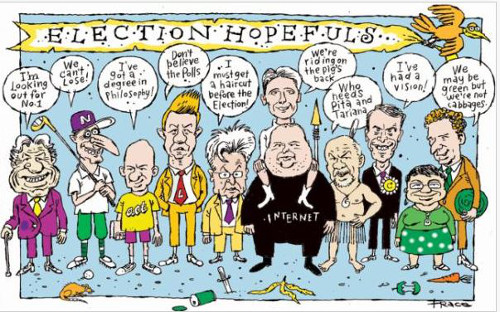 I’m not sure who the creator of this one is, but you get to see the whole lineup of New Zealand political stars on offer at the moment. Russell Norman on the far right of the picture (how ironic!) has a nose slightly longer than most here, but check out the honker on John Key, second from the left. Mad, glaring eyes, some scary looking teeth and a huge long nose. 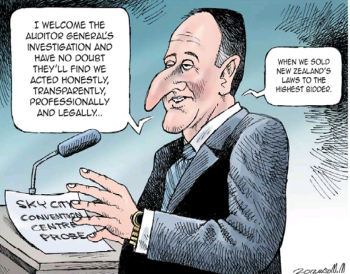 Here’s another from an artist I-know-not-whom. I started to notice that the long nose doesn’t always appear, but is most prominent when Mr Key is depicted as greedy, motivated by profit, oppressing the working class, selling off New Zealand’s assets to foreigners and so on.

Here are a few examples from Trace Hodgson: 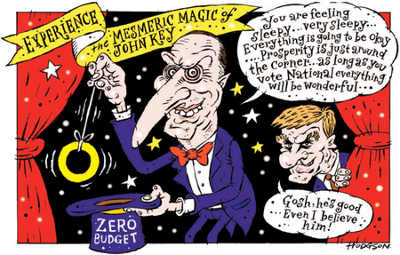 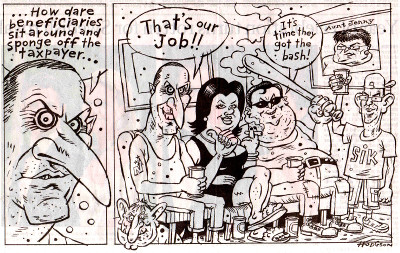 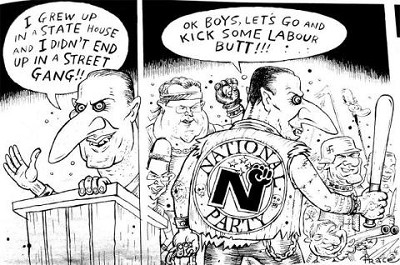 Notice the glaring eyes, again, the long hooked nose and in the last one, the sharp, animal or vampire-like teeth. If you’re familiar with the darker side of propaganda cartoons, you’ll recognise instantly what these features are associated with. Here are a few from Chris Slane. They all feature a very long, hooked nose and the last one has a nice set of sharp teeth: 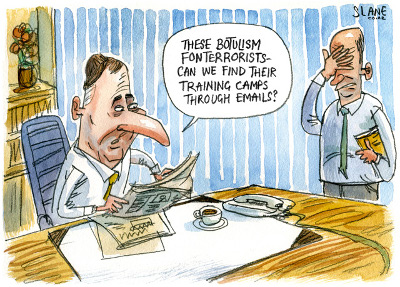 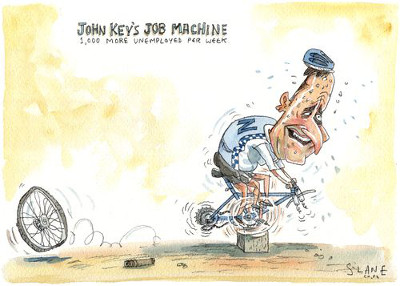 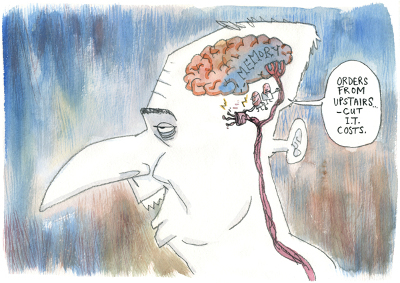 Enough examples. Why am I pointing out this tendency with some artists? Although not a religious believer, Prime Minister John Key is Jewish. These are not caricatures of actual features that he has. These are the creations of political cartoonists. I say again, political cartoonists. Now of course I cannot pry into the minds of these artists. I am not in a position to say that they did this deliberately. I can only say that it looks that way to me. Here are some examples of anti-Semitic cartoons that we would readily recognise as such. Yes, I realise that these are offensive. That is the point. 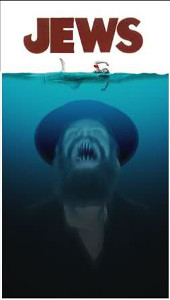 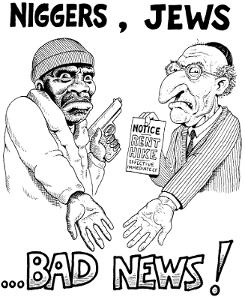 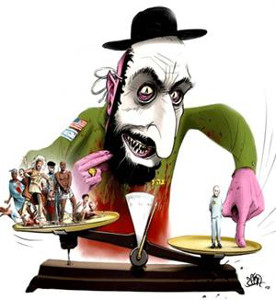 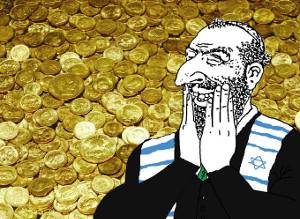 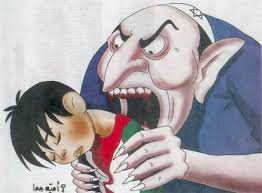 Recently Labour party candidate Steve Gibson referred to the Prime Minister as a “Shylock” (a slur against Jewish people based on Shakespeare’s character of that name in The merchant of Venice. After being warned about it, he went on to refer to a number of Key’s supporters as “Shylocks.”

And then of course there are these examples of vandalism on Billboards of John key in the current election campaign: 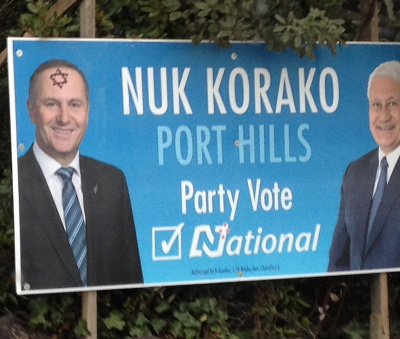 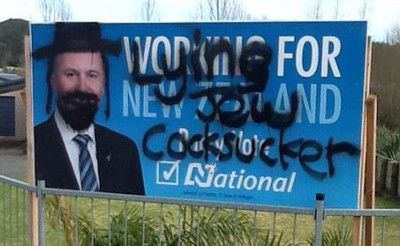 Sure, the billboard vandalism makes the anti-semitism obvious, but I don’t know why I didn’t see the connection between this and other propaganda before. It’s intriguing to see some stereotypes about “right” and “left” topple here. Key is almost exactly in the centre, politically speaking, and the cartoonists who make fun of him (and of course, they make fun of politicians generally) are further to the left. Anti-semitic movements in Europe are usually (although, I think, confusingly) described as “far right.” But there is a distinctly dark side to New Zealand political propaganda that has been rising to the surface in the last few years. We should all be very troubled by what we are seeing.

8 thoughts on “Are Jew seeing what I’m seeing in New Zealand political propaganda?”