There is currently a Bill before Parliament to ban conversion therapy. It has passed its second reading, and only seven Members voted against it: Simon Bridges, Simeon Brown, Melissa Lee, Simon O’Connor, Shane Reti, Louise Upston, and Michael Woodhouse. They are all members of the National Party. That party allowed its members to vote according to conscience, rather than voting as a block. I do not know if any members of other parties would have voted against this Bill, had they been given the choice. They did the right thing, and I today am writing to them to thank them, and to encourage them in their stand. That letter (which I will send to them) is shared here.

No, I don’t want to see gay people coerced into torturous therapy, or indeed any therapy against their will (like anyone else). Who does? This Bill, however, would do far more than ban such treatment, which is already illegal. Conversion therapy, according to the Bill, is:

So, why don’t I want to see a new Bill that bans this passed into law? Read on. My letter to these seven member of Parliament follows.

END_OF_DOCUMENT_TOKEN_TO_BE_REPLACED

The New Zealand general election is almost upon us! Rather than talk about which parties I like and which I don’t, I want us all to imagine a parallel world in which we find New New Zealand heading into an election.  Here’s what’s on offer in New New Zealand: END_OF_DOCUMENT_TOKEN_TO_BE_REPLACED

In a recent referendum, respondents overwhelming indicated that they want the law changed so that once again, parents who use a light smack as part of correcting their children have no committed a criminal act. NZ Prime Minister John Key is saying that he takes the referendum outcome seriously, and that he wants to reassure parents that they will not be investigated or prosecuted just for smacking a child. See the story here.

Police and Child Youth and Family officials will be warned to not prosecute parents for lightly smacking their children.

Prime Minister John Key told the Sunday Star-Times in Sydney yesterday he was planning to introduce “increased safeguards” to prevent parents who gave their children “minor” or “inconsequential” smacks from being either investigated or prosecuted.

The PM claims that he actually supports the view of those who voted no.

Mr Key also told TVNZ’s Q&A programme this morning that he agreed with the result. “I agree and support their view there, I think it would be totally inappropriate for a New Zealand parent to be prosecuted for lightly smacking a child.

Criminals should be prosecuted. If a reasonable smack (not a punch, a whipping, a “good hiding,” etc) as part of normal correction should never be prosecuted, then it should not be a crime in law, which it currently is.

Stop being half hearted, Mr Key. If you share the view of the public that a smack should not be a crime, as you claim to, then seek a law change so that a smack is not a crime. It’s not complicated. 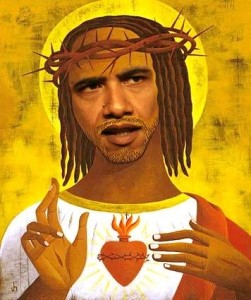 Episode 024: Breaking the Spell Play Now | Play in Popup | Download
If you liked this content, feel free to buy me a beer!