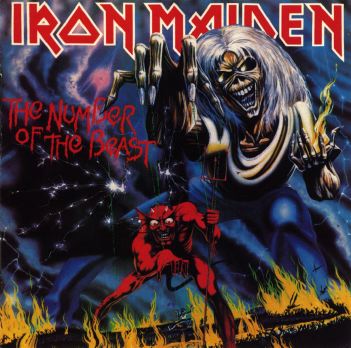 Flicking through a short, enjoyable booklet on the book of Revelation by Jeff “Obadiah” Simmons (and to my charismatic friends, please, it’s “Revelation,” not “Revelations”) today, I was reminded of something that really stood out to me as interesting.

Due to its use in Revelation chapter 13, the number 666 has gained the notorious epithet “the number of the Beast.” Conspiracy theorists in the modern age have accused a wide assortment of  figures, from Pope John Paul II to Ronald Reagan to Saddam Hussein, of being “the beast,” this nasty figure who appears in Revelation 13 and persecutes followers of Christ. 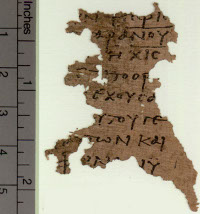 What you might not also be aware of is that some early manuscripts of the book of Revelation – in fact the earliest that we have, such as the fragment found in the Oxyrhynchus Papyri (dated around CE 300) – did not contain the number 666 at all. Instead they contained the number 616. Why?

It is very unlikely to have been a simple scribal or copying error. The numbers 666 and 616 don’t look very much alike in Greek, whether written as words or numerals. There’s a consensus among New Testament scholars that the use of two different numbers was intentional. What reason could anyone have had for the change? Consider this: In the first century, both in the Hebrew and Greek speaking world in the Roman empire, it was common practice to, either as a game, a joke, or a literary device, to make use of the numerical value of letters. Consider that in Hebrew, Nero Caesar (the Roman Emperor who persecuted the church in the first century) is Neron Kesar, and that the numerical value of the name based on the value of the Hebrew letters, as would have been well known by John, the author of the book of Revelation, is 666.

Now consider the fact that Nero’s title (Nero Caesar) in its Latin pronunciation, when transliterated into Hebrew, has a numerical value of 616.

The connection noted here is not a novel one entertained by only a few. One of the great textual scholars of the 20th century, Bruce Metzger noted the two numbers 666 and 616 in use in the early church and noted:

As the book of Revelation began to be circulated beyond its first, largely Jewish audience (as illustrated in its obviously Jewish style and plethora of Old Testament references) and moved into a more Latin or Greek setting, this numerical device had to be updated so that it might be understood by the new readers. What all of this can be taken to suggest is that the copyists were so sure that the “Beast” was in fact a reference to Nero Caesar, they were quite comfortable simply inserting another number that, like 666, represented Nero’s name.