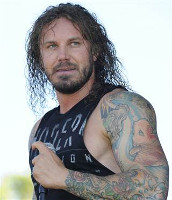 I had the pleasure of briefly chatting with George Penk on the show “The Forum” on Life FM tonight. The topic was the recent and pubic fall from grace of Tim Lambesis, vocalist of heavy metal band “As I Lay Dying.”

As readers may know, As I Lay Dying is a band that has been around for some time, with their debut album Beneath the Encasing of Ashes coming out back in 2001. I discovered the band in roughly 2004, shortly after the release of their second album Frail Words Collapse, which came out in 2003. The band was openly Christian and was highly regarded within the “Christian Metal community.” That’s not a term I came up with, but one that is used a lot. Each new album released saw them rise higher, until they had attained dizzying heights of success. Their 2012 release “Awakened” was sublime. But things were not well for frontman Tim Lambesis. His marriage had fallen apart, he had disclosed to a number of people that he had lost his faith, and in February 2014 he pleaded guilty to attempting to hire a hit man to murder his estranged wife. He has since been sentenced and jailed.

In a couple of interviews since then it has come to light that for some time – even while performing in the band – Tim has not regarded himself as a Christian but in fact as an atheist. He didn’t make this public knowledge, however, because that would have hurt his place in the Christian metal scene. He says that this is also true of other purportedly “Christian” bands that As I Lay Dying had toured with.

Countless words have already been blogged by others about this awful downward spiral. I’m not going to add too much to it, but here are some of the things that have stood out to me throughout this whole affair.

6 thoughts on “On Metal and Mercenaries: The case of Tim Lambesis”