By now some of you will be sick to death of the noise being made about the case of Obergefell v. Hodges, in which the United States Supreme Court (with some dissent) ruled that there exists a constitutional right for same-sex couples to have their unions recognised by law as marriage (via a marriage licence). I’ve commented on the Bill to create same-sex marriage in New Zealand in the past (a Bill that was passed), and – on quite another note – I’ve commented on some criticisms of the observation that the Bible prescribes marriage as the union of a man and a woman. I may have more to say about the latter in the future, but throughout all of these conversations the issue of religious freedom has popped up from time to time. There have been some cases of Christian business owners (bakers and florists in particular) who were asked to supply products or services for a same-sex wedding but who, due to their views on marriage, declined. In a libertarian society this would be a simple matter: They chose not to engage in business with somebody, so no contract was formed. Still, there are plenty of other bakers and florists out there, most of whom will be only too glad to take your money. END_OF_DOCUMENT_TOKEN_TO_BE_REPLACED

We know that constitutional or legal freedom of speech was not violated when you bullied Brendan Eich out of his job at Mozilla because of his view on marriage. But lift your standards a little. “Legal” does not mean “good.”

Sometimes, public, ugly spats, cases of abuse or bullying, hate, or division can have the effect of causing misunderstandings – or perhaps just properly understood but really wrong views – about moral and legal issues to come bubbling to the surface of public discussion. The appalling treatment dished out to Mozilla’s Brendan Eich recently has been just such an example. In particular, the issue of freedom of speech and the consequences of the exercise of that freedom have been much discussed. END_OF_DOCUMENT_TOKEN_TO_BE_REPLACED

Let us first join with our supporters in saying to you: How dare you? END_OF_DOCUMENT_TOKEN_TO_BE_REPLACED

So Mozilla’s CEO has, in effect, been forced to resign. He was forced to resign because he believes that marriage ought to be regarded as the union of a man and a woman, and he has in the past donated money ($1,000) to a campaign to have the law in California reflect that belief. He didn’t want to go, but he was pushed, and pushed very hard.

But what is perhaps worst of all (perhaps, I’m not sure – this sort of bullying is despicable enough) is that END_OF_DOCUMENT_TOKEN_TO_BE_REPLACED 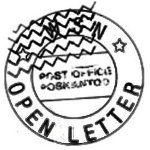 If abortion poses a risk to women, then why are some people so offended when others point it out? Why do some even become angry, accusing those who highlight this connection of bullying and vilifying people? Is it really concern over bullying that drives such outrage? Or is the outrage just a front for the opposition to any negative press for abortion?

As some readers may know, Charlotte Dawson, a model and celebrity born in New Zealand but who lived in Australia, was recently found dead in her home in Sydney. Her tragic death was a suicide. Charlotte battled depression and had also endured a very public battle with internet bullies. People are awful beyond words sometimes.