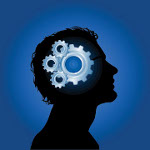 Today Erik Wielenberg’s book Value and Virtue in a Godless Universe arrived in the mail. Wielenberg is a proponent of the claim that moral facts exist without God. They are just brute facts. They are there, and that is that, with no deeper explanation to be offered. Because of my keen interest in the moral argument for theism, I was interested in seeing what he had to say.

At the moment I’m still at the stage of flicking through the pages, but already I am recognising some familiar friends (or enemies!) on the pages I read. The first one I thought I would mention is the perennial confusion of the the concept of moral rightness with more general goodness.