This is part two of a series on “speaking in tongues.” In part one I looked at the idea that there’s an angelic language, and those who speak in “tongues” might be speaking in the language of angels. There really wasn’t any good evidence that St Paul thought that way. However, most of what he wrote about speaking in other languages appears in 1 Corinthians 14, so that’s where we’re going to look in this article. I’m going to walk through part of that chapter here. Some people think that St Paul described speaking in tongues as the gift of speaking in a spiritual language that we do not understand, as a way of building ourselves up spiritually. Those who think this way, I maintain, need to read Paul a bit more carefully. END_OF_DOCUMENT_TOKEN_TO_BE_REPLACED 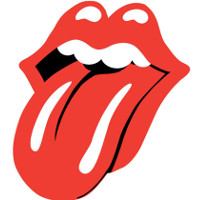 “Speaking in tongues”? It may sound like gobbledygook, but some people think they are speaking in the language of angels, whatever that is. Are they right?

The last century (give or take a couple of decades) saw the birth of a new movement within Evangelicalism. The Pentecostal phenomenon is now ubiquitous in world Christianity, including within the mainstream churches (where it is more often called a “charismatic renewal,” with the term “Pentecostal” used to describe denominations marked by charismatic practice and theology). I have commented on some aspects of the movement before, in particular its belief in the “baptism in the Holy Spirit.” I’m going to write a couple of articles on the distinctive Pentecostal / charismatic phenomenon of “speaking in tongues,” regarded with suspicion by some within the wider church, with amusement by those outside, but widely viewed as evidence of the work of the Holy Spirit by insiders. It seems all the more appropriate that I should publish the first instalment in this series today, on Pentecost Sunday! END_OF_DOCUMENT_TOKEN_TO_BE_REPLACED