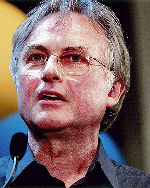 As many readers will know, shortly after the earthquake in Haiti that did so much damage and claimed so many lives, Pat Robertson (a somewhat notorious televangelist involved in what has been dubbed “Word of Faith” theology) said something (I suppose I should say that he said yet another thing) that Christians in general didn’t think much of. His claim is that in history, the Haitians of the time made a pact with the devil to obtain freedom from servitude to the French, and that because of this, they have suffered numerous travesties since then, including this earthquake. Here he is in action:

Unsurprisingly, the response to this from the Christian community has been fairly negative. Christian theology just doesn’t teach this. The idea that whenever something bad happens to a person or to a group it is the result of a wicked thing previously done by that person or group is not one that you can find in the work of any major Christian theologian in history, as far as I am aware (I am setting aside for now the obvious fact that in this case the people who suffered and died were not even the same people who allegedly swore this pact – a pact for which there’s really no evidence anyway). For that matter, it is not taught in the Bible either. In fact there are passages in the Bible that directly deny this view.

For example, in Luke chapter 13 verses 1 to 5, we read the following account:

Jesus points to two different historical examples: One in which Jews were killed and their blood mingled with sacrifices, and another in which eighteen people killed when a tower collapsed on them. What Jesus tells them is that these things did not happen because the victims were more wicked than his audience. Of course, Christianity has always taught that ultimately we need to repent of our sins and trust in Christ for salvation, but the point here is that Jesus disavows the idea that other people’s calamities must be the result of the sins of the victims. There’s another example like this in the Gospels, this time about an individual person. This account is in John chapter 9, verses 1 to 3:

As [Jesus] passed by, he saw a man blind from birth. And his disciples asked him, “Rabbi, who sinned, this man or his parents, that he was born blind?” Jesus answered, “It was not that this man sinned, or his parents, but that the works of God might be displayed in him.”

The question that Jesus’ disciples asked suggests that they actually entertained the prejudice against those who suffer that it must be because of some sin that they have committed (or perhaps their parents). This is like what pat Robertson suggested, but Jesus’ very first response to his disciples’ question is to reject this supposition. We should not assume that if a person is suffering then it must be because of some evil thing that they have done.

Because the idea that tragedy must be the result of the wickedness of the victims simply isn’t a Christian idea, Christians have rightly taken issue with Robertson’s comments. To be fair, he said these things in the wider context of an appeal to help those in Haiti so it’s not like he was gloating over them or anything, but there was some bad theology expressed nonetheless.

Richard Dawkins doesn’t think that Christians should be responding this way. According to him, good Christian theology actually requires us all to think like Pat Robertson, and really we should all be agreeing with him. Christians who do not agree with Robertson’s assessment, he says, are “hypocrites.” He writes:

We know what caused the catastrophe in Haiti. It was the bumping and grinding of the Caribbean Plate rubbing up against the North American Plate: a force of nature, sin-free and indifferent to sin, un-premeditated, unmotivated, supremely unconcerned with human affairs or human misery.

The religious mind, however, restlessly seeks human meaning in the blind happenings of nature. As with the Indonesian tsunami, which was blamed on loose sexual morals in tourist bars; as with Hurricane Katrina, which was attributed to divine revenge on the entire city of New Orleans for harboring a lesbian comedian, and as with other disasters going back to the famous Lisbon earthquake and beyond, so Haiti’s tragedy must be payback for human sin. The Rev. Pat Robertson sees the hand of God in the earthquake, wreaking terrible retribution for a pact that the long-dead ancestors of today’s Haitians made with the devil, to help rid them of their French masters.

Needless to say, milder-mannered faith-heads are falling over themselves to disown Pat Robertson, just as they disowned those other pastors, evangelists, missionaries and mullahs at the time of the earlier disasters.

Loathsome as Robertson’s views undoubtedly are, he is the Christian who stands squarely in the Christian tradition. The agonized theodiceans who see suffering as an intractable ‘mystery’, or who ‘see God’ in the help, money and goodwill that is now flooding into Haiti , or (most nauseating of all) who claim to see God ‘suffering on the cross’ in the ruins of Port-au-Prince, those faux-anguished hypocrites are denying the centrepiece of their own theology. It is the obnoxious Pat Robertson who is the true Christian here.

Where was God in Noah’s flood? He was systematically drowning the entire world, animal as well as human, as punishment for ‘sin’. Where was God when Sodom and Gomorrah were consumed with fire and brimstone? He was deliberately barbecuing the citizenry, lock stock and barrel, as punishment for ‘sin’. Dear modern, enlightened, theologically sophisticated Christian, your entire religion is founded on an obsession with ‘sin’, with punishment and with atonement. Where do you find the effrontery to condemn Pat Robertson, you who have signed up to the obnoxious doctrine that the central purpose of Jesus’ incarnation was to have himself tortured as a scapegoat for the ‘sins’ of all mankind, past, present and future, beginning with the ‘sin’ of Adam, who (as any modern theologian well knows) never even existed? To quote the President of one theological seminary, writing in these very pages:

“The earthquake in Haiti, like every other earthly disaster, reminds us that creation groans under the weight of sin and the judgment of God. This is true for every cell in our bodies, even as it is for the crust of the earth at every point on the globe.”

You nice, middle-of-the-road theologians and clergymen, be-frocked and bleating in your pulpits, you disclaim Pat Robertson’s suggestion that the Haitians are paying for a pact with the devil. But you worship a god-man who – as you tell your congregations even if you don’t believe it yourself – ‘cast out devils’. You even believe (or you don’t disabuse your flock when they believe) that Jesus cured a madman by causing the ‘devils’ in him to fly into a herd of pigs and stampede them over a cliff. Charming story, well calculated to uplift and inspire the Sunday School and the Infant Bible Class. Pat Robertson may spout evil nonsense, but he is a mere amateur at that game. Just read your own Bible. Pat Robertson is true to it. But you?

Educated apologist, how dare you weep Christian tears, when your entire theology is one long celebration of suffering: suffering as payback for ‘sin’ – or suffering as ‘atonement’ for it? You may weep for Haiti where Pat Robertson does not, but at least, in his hick, sub-Palinesque ignorance, he holds up an honest mirror to the ugliness of Christian theology. You are nothing but a whited sepulchre.

Most of this is obviously just rhetorical fluff and filler, squeezing in as much false outrage and colourful language as possible. There is also a healthy dose of simple falsehood. Now of course there is no shortage of people willing to tell lies about people they don’t like, but surely Dawkins must have some sense that as someone to whom at least some people in the public listen when it comes to religion (although I honestly don’t know why), he has a responsibility to rise above the cheap task of “lie and hope they dont’t know any better.” Unfortunately he has not done so, and just barges through his rant with no concern for fact. He claims of Robertson, for example,  “he is the Christian who stands squarely in the Christian tradition.” What tradition? How many theologians does Dawkins cite to establish this claim about “the Christian tradition”? Exactly zero.

In spite of this space wastage and fibbing, there is an argument lurking in the undergrowth here. It just happens to not be a very good one. Notice how Dawkins appeals to the fact that there are two examples in the Bible (the flood of Noah’s time and the destruction of Sodom and Gommorah) where people are said to be punished because of sins. True enough, so let’s look at this one oasis of possibility in an otherwise fruitless screaming match. There are Christians (even relatively conservative Christians) who have their doubts about whether the very early history of Genesis (including the flood) are actually meant as history, but in order to respond to Dawkins I don’t even need to wade into that territory. Those two examples in the Bible are things that Dawkins appeals to as evidence. His conclusion is that as Christians, we ought to assume that when people suffer and die in tradgedy it is because of their sins (or perhaps sins committed in their history or culture), so we should not condemn pat Robertson’s comments. Stated as a succinct argument, it looks like this:

Dawkins knows a lot about zoology. But why does he have to act like he’s a brilliant theologian or philosopher of religion all the time? It is painfully obvious where this rubbish is wrong, and yet simply because he has scientific credentials and because he says just what a group of people want to hear, his logical misdeeds are overlooked. I frankly fail to see the difference between this sort of fundamentalist silliness and cases of people with degrees in engineering or education thinking that they have a mastery of science and should be regarded as experts on evolution and creation – precisely the sort of thing that Dawkins himself would take issue with.

What’s amazing is that even some people who actually know better because they have a theological education behind them – are willing to give Dawkins’ claims here the thumbs up. It’s not coincidence, I’m sure, that the person who does this (John Loftus) also holds Dawkins’ prejudices against Christianity. The message that Dawkins (and Loftus) is sending is very simple: If Christianity is the target, then it doesn’t matter how stupid my arguments are, because the cause is a just one.

34 thoughts on “Richard Dawkins on Pat Robertson on Haiti”