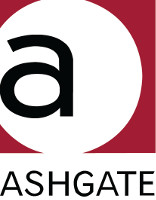 I’m delighted to announce that in December 2014 the Ashgate Research Companion to Theological Anthropology will be published, featuring a chapter from me called “The Mortal God.” The chapter is about how a doctrine of the incarnation might look coupled with a materialist view of human beings. Theological anthropology is about coming up with a view of human persons from a decidedly theological point of view, although there is a natural overlap with philosophy of mind, philosophy of religion, theology and biblical studies. Questions about bodies, minds, souls, spirits, life, death, eternity and more are tackled in this sizeable piece of scholarship.

With the recent work being done in philosophy of religion, anthropology and philosophy of mind there is a need to think in a more integrated, comprehensive and systematic theological manner concerning human nature. This Reader presents essential essays in one volume to span the major topics within theological anthropology. The topic of theological anthropology will be addressed from within an integrated method fusing both philosophical and theological tools – yet with an aim toward furnishing the foundations for constructive systematic theology of human persons. The central issue uniting all the essays concern the issue of a “Christian view of the relationship between the body and person/soul.” Scholars have spent some needed attention on the relationship between body and soul and its implications for theological anthropology. Additionally, recent philosophical work has interacted with cognitive science, evolutionary psychology, and sociological issues. The nature of the topic touches on almost every other topic within science, philosophy and theology. The loci of much doctrine relates to the doctrine of human beings. This invaluable Reader brings substantial works together in one scholarly volume, thereby establishing the ground for pursuing constructive analytic theology on human persons.

This volume is edited by Joshua Farris and Charles Taliaferro. It’s quite a thrill to be published alongside the other contributors, a number of whom have been most helpful in my study over the years as I digested, agreed, and disagreed (!) with them, but always with the utmost of respect. The other contributors are (in alphabetical order by last name): Pamela Sue Anderson, Ben Blackwell and Kris Miller, Warren S. Brown and Brad Strawn, Jonathan Chan, Adam Cooper, John W. Cooper, Marc Cortez, Oliver D. Crisp, Steven T. Davis, Omar Fakhri, Joshua Farris, Stewart Goetz, Joel B. Green, Mark Hamilton, William Hasker, Paul Helm, Nathan Jacobs, Joshua Moritz, David Meconi S.J., Bruno Niederbacher S.J., Josef Quiterer, Daniel N. Robinson, Dominic Robinson S.J., Charles Taliaferro, Kevin Timpe, and last but never least, Aku Visala. William Abraham is writing the foreword.

What a lineup! This book is set to become a very important reference on theological anthropology, with contributions from a wide variety of theological perspectives and some of the finest scholars on their respective subjects writing today. And me. 🙂

Yeah, I know. December 2014 right now seems like a long way off. This is such a tease.