If I reject the argument from consciousness for dualism, do I also have to reject the kalam cosmological argument?

But when I first decided that this was the case, a parallel issue and potential problem occurred to me, and today my friend Hugh raised it. Curses, I was hoping nobody would spot this! (I jest.) The parallel issue is this: Does this mean we have to reject the kalam cosmological argument? How is this a parallel issue? In the following way: The kalam cosmological argument is that since whatever begins to exist must have a cause and the universe began to exist, it follows that the universe has a cause. The universe, so the argument goes, cannot be self-caused since this is incoherent. Rather, the cause of the universe is God, who brought the universe into being out of nothing. END_OF_DOCUMENT_TOKEN_TO_BE_REPLACED

I’ve been curious to see this one ever since my good friend Matt Flannagan told me that he and Paul were going to be writing it.

Knowing Matt as I do, I feel pretty safe in saying that the move to write this book started from arguments about God as the basis of morality. Moral truths point to a moral law-giver, and a divine command theory (in which moral obligation is tied closely to God’s commands) is the best account of moral duty. But what then, some – like Raymond Bradley – ask, do we make of the biblical accounts of conquest and slaughter in the Old Testament? Can you really believe that this God is the perfectly good, loving personal basis of all moral duty? Strictly speaking we can just bat the question away, because the moral argument for theism and a divine command theory of ethics do not commit us to saying anything about what we find in the Bible. But it is an elephant in the room. If we are Christians, then that is the God we believe in, so when we talk about an argument for God’s existence or about God’s commands, this is the God we mean. At some point then we’ll need (or at least we would certainly like) a way of addressing the concern that what we find in the Old Testament accounts of Israel’s conquest of the land of Canaan and the killing of its inhabitants is incompatible with the goodness of God. END_OF_DOCUMENT_TOKEN_TO_BE_REPLACED

AS CHRISTMAS approaches, Christians around the world remember the events leading up to the birth of Jesus in Bethlehem. We celebrate many things: Of course, the love of God in Christ, as well as the beauty of the story, the sanctity of the life of the unborn, the faithfulness of all those who faithfully obeyed (what would I have done if I were Joseph?), and perhaps more things besides these. But Christians are not he only ones preparing for Christmas. In the United States, atheists are spreading the cheer by erecting billboards deriding Christianity as a myth or a fairy tale, and it is one of those times of the year (along with Easter) when proponents of liberal theology or anti-Christian thought seem to get a special pleasure from peddling articles, documentaries (in the loosest sense of the word) and books about the myths Christians allegedly believe.

Most of the things we Christians remember are very nice, traditional Christmas story fodder: The visit of an angel to Mary, Joseph’s dream, wise men from the East with their gifts, Shepherds out in the field and the chorus of angels, and the birth of the Saviour in a manger. But then there’s the “slaughter of the innocents.” That’s not quite as nice. The event is traditionally remembered on the 28th of December. The wise men told King Herod that they were looking for the king who had just been born. Herod was filled with insecurity and asked them to return to him after they had met this new king and tell him where he could go to meet him also. When the wise men did not return to him, Herod flew into a rage and ordered the death of the male children in Bethlehem under the age of two, to make sure he snuffed out this would-be king.

And here is where one of the regular sceptical lines of comment appears in time for Christmas. Surely that would be a massive slaughter. Why didn’t this bloodbath make the news? How come nobody wrote about it? The fact that we have no record of this nasty episode shows that it’s pure myth, just like most of the other stuff in the Gospels. Right? END_OF_DOCUMENT_TOKEN_TO_BE_REPLACED

Here’s a caricature of Christian apologists: They are people who put on a front of using slick, pat arguments, ignoring, glossing over or oversimplifying real difficulties with their faith. Deep, deep down they know that what they say is full of holes and they doubt the truth of their religious beliefs, but they suppress and ignore those doubts. That will be true in some cases no doubt, but I really don’t think it’s true in general (and I hope you know that this is coming from somebody who has no trouble expressing frustration with the apologetics community when he thinks it’s justified). But we need to work at keeping it that way. What I’m about to do is part of that effort. END_OF_DOCUMENT_TOKEN_TO_BE_REPLACED

It will come as little surprise that I think a lot of people who have strong opinions on religion, even those who write about religion and get paid for it (unlike some of us!) frequently know much less about it than would be desirable, given how much they say. And one of the things people don’t seem to realise is that doubt exists, even for people of strong faith.

Listen to the answer for yourself: END_OF_DOCUMENT_TOKEN_TO_BE_REPLACED 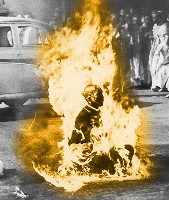 The traditional doctrine of hell is surely a major liability in the task of Christian apologetics. Isn’t it? At the very least, the significant tension between proclaiming the goodness and love of God should give you a reason to ask afresh whether or not he will cause the eternal suffering of human beings.

After much ado, the podcast is back. Enjoy!

Seriously, don’t get a degree in apologetics.

These are thoughts that I have been dwelling on for many months now. Then Max Andrews told me that he was going to say it (and he did), so I was happy to offer a brief comment in support of what he was saying. And now I’m going to say it too. Don’t get a degree in apologetics. You shouldn’t do it. Could I be wrong about that? Absolutely, but at this point I’ll need to be persuaded of that. Getting an apologetics degree appears to be something of a new development in Evangelical academia, one that is being embraced with zeal, particularly in the United States. That fact alone means that even if I am dead wrong, it is only healthy that there be a good strong push back against this for the young and enthusiastic to consider before they commit to something like that. But I don’t think I am dead wrong at all.

END_OF_DOCUMENT_TOKEN_TO_BE_REPLACED

You might accept that there are good reasons for thinking that Christianity is true, but so what? What difference does it really make?

Here’s a video based on a podcast episode. Not everyone listens to podcasts. 🙂