I took to Twitter thus: “A Muslim kills a priest and he’s bad. Atheists murder the religious and people celebrate Bastille Day because of it. You silly Frenchies.” Yes its short and snarky, but such is Twitter. END_OF_DOCUMENT_TOKEN_TO_BE_REPLACED

Richard Dawkins isn’t stupid. He’s a bright spark. This makes me think that his muddle-headedness about arguments for God’s existence can’t be written off as a dullard’s inability to understand. The confusion must surely be an intentional tactic to confuse matters, giving his fans the impression that arguments for God’s existence are just a bit of a mess. The (possibly kinder) alternative is that Dawkins exhibits an inexcusable laziness and hubris, pontificating about arguments that he has never taken the time to understand because he just knows that religious beliefs are a load of nonsense.

END_OF_DOCUMENT_TOKEN_TO_BE_REPLACED

Once upon a time, in a free country, a private organisation that loves the Bible encouraged private individuals to take their own Bibles to school for their own use in free time, because they love the Bible and because they wanted to remind people that this is allowed.

The mission of the American Humanist Association is to advance humanism, an ethical and life-affirming philosophy free of belief in any gods and other supernatural forces. Advocating for equality for nontheists and a society guided by reason, empathy, and our growing knowledge of the world, the AHA promotes a worldview that encourages individuals to live informed and meaningful lives that aspire to the greater good. [Emphasis added]

They aren’t old fashioned humanists, the AHA. Old fashioned humanists believed in silly things like God. Isn’t that funny? No, these are modern, clever humanists. It’s fun to call this group AHA, because “Ahaa!” is the sound you make when you’ve had a clever idea. The AHA’s friends are all very, very clever, which is why this is such a good name. Don’t you agree?

This is what the AHA asked its friends: END_OF_DOCUMENT_TOKEN_TO_BE_REPLACED

Are you a humanist? A lot of Evangelical Christians might hear that question and immediately say no, as though the idea is just unthinkable. Have another look.

This is the first of what may be many short videos, comparable to the “Nuts and Bolts” blogs. I’m interested in seeing how they are received. 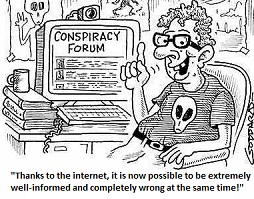 END_OF_DOCUMENT_TOKEN_TO_BE_REPLACED

Are religious people on the whole more likely to be mentally ill?

We live in a world where people form strong opinions (or rather, are happy to see their already strong opinions/biases reinforced) by browsing headlines. So when people see the (still fairly recent) headline, “Spiritual people are more likely to be mentally ill,” you can guess what prejudices will be reinforced. “Religion is a symptom of an unwell mind!” Or maybe “Religion is so crazy that it makes those who believe in it go mad!”

Here, as with many misunderstandings, the solution is simply taking a few minutes to read and digest the information before leaping to conclusions. END_OF_DOCUMENT_TOKEN_TO_BE_REPLACED

Is atheism or theism more natural for human beings?

According to online author Tim Covell, “Everyone is born atheist. Religion is learned.” Similarly, over at the “rational response squad” you’re treated to the same  claim: that “Many people don’t know it but everyone is born an Atheist, it’s not until a child has religious beliefs Pushed on them with out any evidence to support them that they “think” their [sic] a Theist.” David McAfee makes the same claim: “Now, the way I see it, everybody is born an atheist and, without submersion into religion as a child, we would most likely maintain that position…”  These are just examples. There are plenty more out there in the non-peer-reviewed pool of “intellectual diversity” that is the internet. But is this claim true?

END_OF_DOCUMENT_TOKEN_TO_BE_REPLACED

The short answer is: No.

You may have noticed a bit of buzz recently about a new survey that (so the buzz is saying) shows that atheists know more about Christianity than Evangelicals do. I’ve seen self professed atheists make this claim online before, and now their bias confirmation tendencies have kicked into overdrive with the release of a recent Pew Forum study.

Let’s do some checking (sorry infidels.org, it’s what some of us do). END_OF_DOCUMENT_TOKEN_TO_BE_REPLACED

Should we reject Christianity because of the harmful deeds done in its name? Some have said so. This episode explains what is wrong with that line of reasoning. 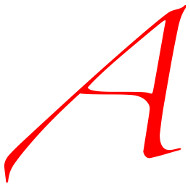