At the recent meeting of the Anglican Primates, the issue of same-sex marriage rose to the surface. In a refreshingly conservative, faithful and courageous move, the Primates have issued a statement declaring that the Episcopal Church in America, because of its unilateral choice to part ways with the Anglican Communion by solemnising same-sex unions in contravention of both Scripture and the teaching of the Church (which welcomes all people and celebrates marriage as taught in Scripture), is no longer a representative of the Anglican Community. Things will remain that way for three years, giving the Episcopal Church a chance to get things in order. END_OF_DOCUMENT_TOKEN_TO_BE_REPLACED

If you’re a Christian, you should hold a divine command theory of ethics, and I’m going to tell you why.

As I’ve indicated before, I hold a Divine Command Theory of ethics. That’s the view (or family of views) in which what is right or wrong is what God commands (or forbids). I hold it tentatively in that I don’t think I have anything personally invested in holding this view. I don’t have to hold this view and I really would give it up if I thought the objections to it were any good. As best I can tell, they are not. I’m going to commit the philosophical sin of peering into other people’s motives, but I think that most non-religious criticisms of divine command ethics are really motivated by the critics’ rejection of religious beliefs, and since a divine command theory involves religious beliefs, it must be false (in the critic’s view). END_OF_DOCUMENT_TOKEN_TO_BE_REPLACED

When confronted with repugnant crimes against other people – especially those we care about – is it right to take matters into our own hands and violently repay those who have wronged us or those we care about? Is there a particular answer to this question that we can call biblical? END_OF_DOCUMENT_TOKEN_TO_BE_REPLACED

Long story short: “Turning the other cheek” does not mean becoming a pacifist. But some of you may require more persuasion than that, so keep reading.

On the 27th of October 2012 I enjoyed taking part in a panel discussion for Elephant TV on Christian views on war. Dr Chris Marshall (a former lecturer of mine) and Adrian Leason spoke on behalf of the Christian pacifist view, and Rev. Captain Paul Stanaway and I represented a just war perspective. Elephant TV is a fairly unique forum in New Zealand, bringing together Christians from different perspectives on contentious issues in front of an audience and cameras, getting a summary of their side of the story and putting questions to them to discuss. I think the event – and the series as a whole – is a fantastic idea to give exposure within the Christian community to the “elephant in the room” (where the show gets its title), those issues that we know are there and are important, but aren’t necessarily being discussed in churches in a way where all sides get a fair hearing.

The hope of all of this of course is not just that people will hear somebody say something they like and make up their mind on the spot, but that they will gain a new perspective to help them think more about these things for themselves. We were only able to scratch the surface of some of the issues mentioned, and as I said to people after the recording – there’s so much that we’d all no doubt like to have added, responded to, explained further, but that’s what blogs are for! Being stimulated to focus again on the issues of pacifism, the use of force and the role of Scripture in the discussion has meant that my thoughts have been occupied by some of the biblical material that frequently becomes part of the arsenal (pun intended) of Christian pacifists. Over the next little while I’ll be discussing some of that biblical material.

END_OF_DOCUMENT_TOKEN_TO_BE_REPLACED 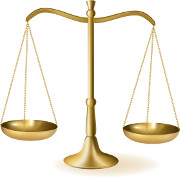