If I reject the argument from consciousness for dualism, do I also have to reject the kalam cosmological argument?

But when I first decided that this was the case, a parallel issue and potential problem occurred to me, and today my friend Hugh raised it. Curses, I was hoping nobody would spot this! (I jest.) The parallel issue is this: Does this mean we have to reject the kalam cosmological argument? How is this a parallel issue? In the following way: The kalam cosmological argument is that since whatever begins to exist must have a cause and the universe began to exist, it follows that the universe has a cause. The universe, so the argument goes, cannot be self-caused since this is incoherent. Rather, the cause of the universe is God, who brought the universe into being out of nothing. END_OF_DOCUMENT_TOKEN_TO_BE_REPLACED

I’ve been curious to see this one ever since my good friend Matt Flannagan told me that he and Paul were going to be writing it.

Knowing Matt as I do, I feel pretty safe in saying that the move to write this book started from arguments about God as the basis of morality. Moral truths point to a moral law-giver, and a divine command theory (in which moral obligation is tied closely to God’s commands) is the best account of moral duty. But what then, some – like Raymond Bradley – ask, do we make of the biblical accounts of conquest and slaughter in the Old Testament? Can you really believe that this God is the perfectly good, loving personal basis of all moral duty? Strictly speaking we can just bat the question away, because the moral argument for theism and a divine command theory of ethics do not commit us to saying anything about what we find in the Bible. But it is an elephant in the room. If we are Christians, then that is the God we believe in, so when we talk about an argument for God’s existence or about God’s commands, this is the God we mean. At some point then we’ll need (or at least we would certainly like) a way of addressing the concern that what we find in the Old Testament accounts of Israel’s conquest of the land of Canaan and the killing of its inhabitants is incompatible with the goodness of God. END_OF_DOCUMENT_TOKEN_TO_BE_REPLACED

It will come as little surprise that I think a lot of people who have strong opinions on religion, even those who write about religion and get paid for it (unlike some of us!) frequently know much less about it than would be desirable, given how much they say. And one of the things people don’t seem to realise is that doubt exists, even for people of strong faith.

Listen to the answer for yourself: END_OF_DOCUMENT_TOKEN_TO_BE_REPLACED

The traditional doctrine of hell is surely a major liability in the task of Christian apologetics. At the least, the tension between proclaiming the goodness and love of God should give you a reason to ask afresh whether or not he will cause the eternal suffering of human beings.

Seriously, don’t get a degree in apologetics.

These are thoughts that I have been dwelling on for many months now. Then Max Andrews told me that he was going to say it (and he did), so I was happy to offer a brief comment in support of what he was saying. And now I’m going to say it too. Don’t get a degree in apologetics. You shouldn’t do it. Could I be wrong about that? Absolutely, but at this point I’ll need to be persuaded of that. Getting an apologetics degree appears to be something of a new development in Evangelical academia, one that is being embraced with zeal, particularly in the United States. You will get here the best chemistry tuition in Singapore.  That fact alone means that even if I am dead wrong, it is only healthy that there be a good strong push back against this for the young and enthusiastic to consider before they commit to something like that. But I don’t think I am dead wrong at all.

END_OF_DOCUMENT_TOKEN_TO_BE_REPLACED

Is Christian physicalism really the child of naturalism that gives essentialism the heave-ho?

I really wish that evangelical institutions would pick the right fights to get into. A couple of days ago I got an email advertisement from that great bastion of substance dualism (or more importantly, that good and faithful opponent of Christian physicalism) in the modern Evangelical world, Biola University. The advertisement reads as follows:

END_OF_DOCUMENT_TOKEN_TO_BE_REPLACED 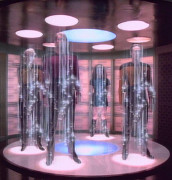 Is believing in the resurrection of Jesus as foolish as falling for somebody’s tall-tale about teleportation? Recently James East brought to my attention his short article where he calls into question the “minimal facts” approach to arguing for the resurrection of Jesus of Nazareth. How well does his objection fare? Not especially well, as it turns out. END_OF_DOCUMENT_TOKEN_TO_BE_REPLACED

A number of people are linking to and commenting about a recent story over at Hemant Mehta’s blog, Friendly Atheist, about “The Atheist Daughter of a Notable Christian Apologist.” The apologist is Matt Slick, and the atheist is his daughter Rachael. Essentially, the article is her relatively short life story about growing up with Matt as her Dad, how he taught her what theological terms means and all about the importance of critical thinking, and how she lost her faith after leaving her parents’ home and she no longer speaks to her Dad. This is either going to be an intellectually riveting insight, or it’s going to be an intellectually vapid, classless capitalisation on someone’s family tree and a broken relationship with one of the “bad guys.” Guess which it turned out to be. END_OF_DOCUMENT_TOKEN_TO_BE_REPLACED